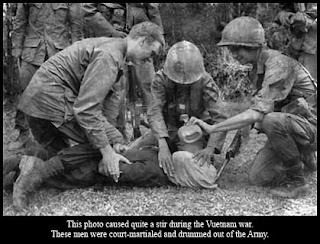 Linda Gustitus, who is the president of a group called the National Religious Campaign Against Torture, began her question by saying that President Bush’s nominee for attorney general, Michael B. Mukasey (who happens to be an old friend of Mr. Giuliani’s) had “fudged” on the question of whether waterboarding is toture.

Mr. Giuliani responded: “Okay. First of all, I don’t believe the attorney general designate in any way was unclear on torture. I think Democrats said that; I don’t think he was.’’

Ms. Gustitus said: “He said he didn’t know if waterboarding is torture.”

Mr. Giuliani said: “Well, I’m not sure it is either. I’m not sure it is either. It depends on how it’s done. It depends on the circumstances. It depends on who does it. I think the way it’s been defined in the media, it shouldn’t be done. The way in which they have described it, particularly in the liberal media. So I would say, if that’s the description of it, then I can agree, that it shouldn’t be done. But I have to see what the real description of it is. Because I’ve learned something being in public life as long as I have. And I hate to shock anybody with this, but the newspapers don’t always describe it accurately.”

He doesn't know if waterboarding is torture? In that case, I have a great idea for the next republican debate format....
Posted by Sorghum Crow at 11:45 AM

They hairsplit and I do feel tortured, so therefore...

If I hung Rudy by his ankles & beat him with a stick
would that be torture?
would it still be torture if I handed the stick to a brown person?

I'm not sure
I'm just thinking out loud here

Mr deBakey, If you had a stick and were beating Rudolph, why would you ever consider handing the stick to anyone else? (except maybe to get a bigger stick?)

I like your debate idea. Hell, I'd buy a tv if the republicans agreed to that. But they won't...torture is for other people.