It's not all fun and games after the inauguration 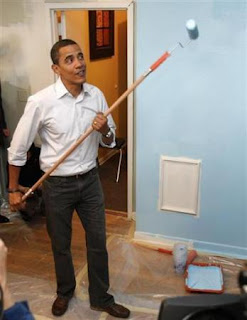 REUTERS/Jim Young
Obama has a lot of work ahead of him. I'm glad he's getting started early.
Posted by Sorghum Crow at 9:40 AM 3 comments: 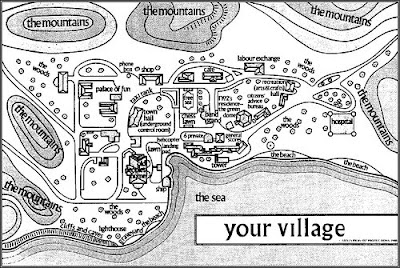 The Prisoner was a favorite of mine.

LOS ANGELES (AP) — Patrick McGoohan, an Emmy-winning actor who created and starred in the cult classic television show "The Prisoner," has died. He was 80.

But he was best known as the title character Number Six in "The Prisoner," a surreal 1960s British series in which a former spy is held captive in a small village and constantly tries to escape.

I found an appropriate school

I'll be changing careers come the end of February. I think I have found a suitable mentor to nurture my skills.

Excuse me while get back to practicing my Judy chops.
Posted by Sorghum Crow at 9:25 AM 1 comment:

Man, Bush is such a moron. He should have skipped this final presser.

And just plain out of touch.
Posted by Sorghum Crow at 9:57 AM 7 comments: 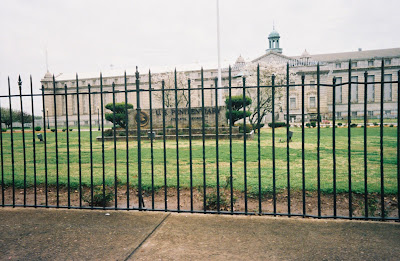 (My Uncle always told me that the building above was the biggest hotel in Atlanta.)

Apparently GWB wants federal funding for a gate to his community. If he wants a federally subsidized gate I suggest he move into one of the already existing gated communities run by the feds. I hear Atlanta is very nice. And it's just a few miles from the chimp house at the Atlanta Zoo.