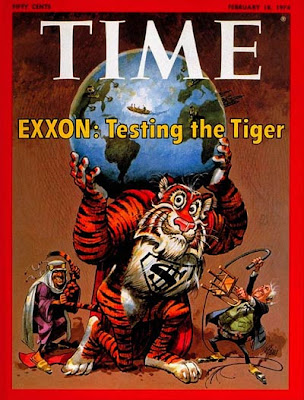 A visit to the dentist 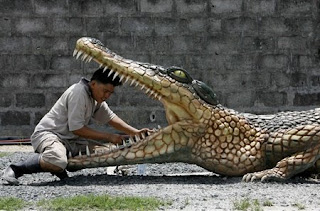 REUTERS/Romeo Ranoco
Well, Mrs. Cheney, I could replace the filling, but I can't guarantee that you'll stop receiving NPR.
Posted by Sorghum Crow at 1:43 PM 3 comments: 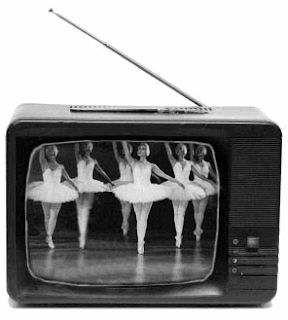 * 1800 – The Library of Congress, today the de facto national library of the United States, was established as part of an act of Congress providing for the transfer of the nation's capital from Philadelphia to Washington, D.C.
* 1877 – Russia declared war on the Ottoman Empire, starting the Russo-Turkish War.
* 1915 – The Armenian Genocide in the Ottoman Empire began with the arrest and deportation of hundreds of prominent Armenians in Constantinople.
* 1916 – Irish republicans led by teacher and political activist Patrick Pearse began the Easter Rising, a rebellion against British rule in Ireland, and proclaimed the Irish Republic an independent state.
* 1967 – The Soviet spacecraft Soyuz 1 crashed in Siberia during its return to Earth, killing cosmonaut Vladimir Komarov, the first in-flight fatality in the history of spaceflight.
* 1990 – The Hubble Space Telescope was launched by the Space Shuttle Discovery in mission STS-31
Posted by Sorghum Crow at 9:46 AM 7 comments:

Check out this link for more countries.

I first saw this over at the ever vigilant Leisure Guy's blog.

He always finds an amazing array of interesting stuff.
Posted by Sorghum Crow at 1:01 PM 1 comment: 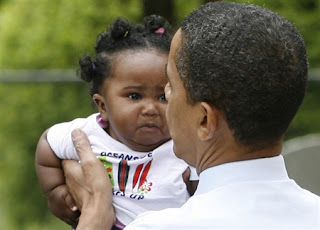 REUTERS/Tim Shaffer
"You want me to smile? I'm already in debt and I have doody in my diaper. Only Vitter smiles for that."
Posted by Sorghum Crow at 1:38 PM 3 comments: 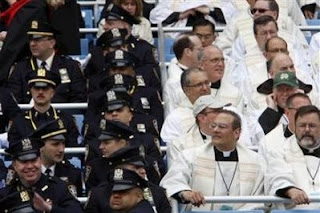 Feel free to add your own caption.
Posted by Sorghum Crow at 10:21 AM 4 comments:

I love this song

Where is the future --Mudhoney


And this video is a great companion to it.

I saw Mudhoney back in April at a club in Hoboken. They're great.

Posted by Sorghum Crow at 2:49 PM No comments: 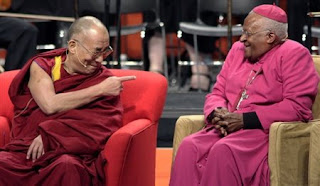 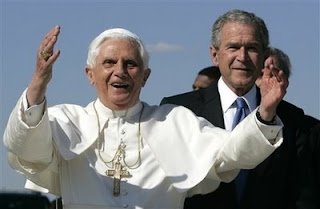 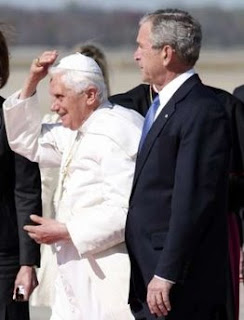 REUTERS/Jim Young
I am much more impressed with Herr Rap Singer now that I know he can pat his head and rub his stomach at the same time.
Posted by Sorghum Crow at 9:38 AM 2 comments: 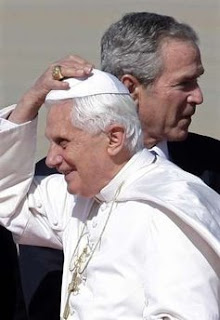 REUTERS/Max Rossi
Oh mein Gott. When I first glanced at this I thought Chimpy was giving the Pope the head rub treatment.
Posted by Sorghum Crow at 9:34 AM 5 comments: 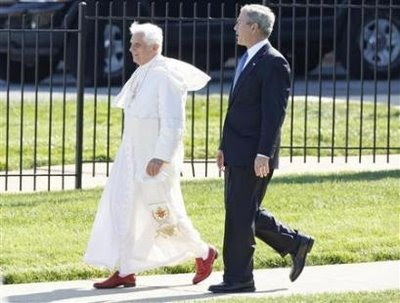 (Jason Reed/Reuters)
Note to Herr Rap Singer: Do not wear a sheer cassock if you are going to be back lit. Yuck.
Posted by Sorghum Crow at 9:31 AM 7 comments:

From the Raw Story 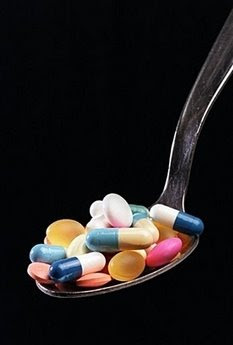 Does this mean she won't be doing the Wheaties endorsement?
Posted by Sorghum Crow at 11:27 AM 5 comments: 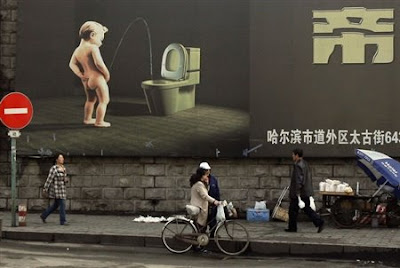 REUTERS/David Gray
Chinese Authorities comment on the Olympic Torch Relay protests.
Posted by Sorghum Crow at 10:12 AM No comments: 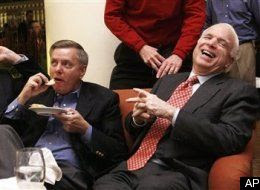 McCain laughs as Huckleberry Graham eats the soggy biscuit and the lapel pin.
Posted by Sorghum Crow at 2:07 PM 3 comments: 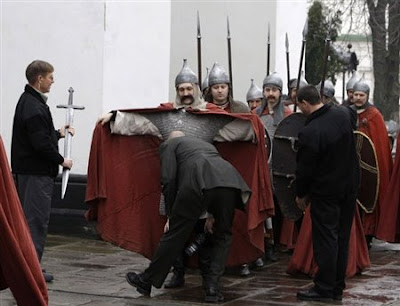 REUTERS/Grigory Dukor
Okay tell me how wanding a guy in a tin suit is going to make us safer. I hope he wasn't sporting nipple rings.

Security personnel search performers dressed as knights before the arrival of President George W. Bush and Ukraine's President Viktor Yushchenko at St. Sofia Cathedral in Kiev April 1, 2008. Bush vowed on Tuesday to press for Ukraine and Georgia to be allowed to start the process of joining NATO despite resistance from Russia and scepticism from the alliance's European members. REUTERS/Grigory Dukor

But how many miles to the gallon will they get?

Scientists at Newcastle University have created part-human, part-animal hybrid embryos for the first time in the UK, the BBC can reveal.

I was hoping this was not a joke

Help the squirrels hide their nuts! 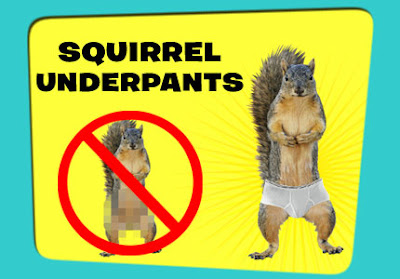 The "made in America" in the description gave it away. No underwear has been made in America since the waning years of the last century.

Squirrel Underpants
Are you sick and tired of squirrels running naked in the trees around your house? Have you had to hide your children's eyes when a tiny furry streaker crosses the sidewalk in front of you? We've got the answer, Squirrel Underpants. All you have to do is catch a squirrel, restrain him carefully, slide on a pair of tiny tighty-whiteys and then let him go. Each pair of 100% cotton briefs is "Proudly Made in America" and features a 2" waist and a tail hole cut in the back. Help the squirrels hide their nuts for the winter!

Where else, but Archie McPhee....
Here's a direct link in case the April 1 page goes away before you see it.
Posted by Sorghum Crow at 12:00 PM 2 comments:

Vermont has lost a treasure.

From the Boston Globe

Violet Coffin, a longtime Democratic activist and advocate for the arts, has died. She was 87.

Coffin died at home Monday of congestive heart failure, according to her husband, Edmund.

She became state Democratic chairwoman in 1985 after serving as chairwoman of the Strafford and Orange County party committees and as an activist in campaigns in Ohio and New York.

"Vi was a loyal Vermonter who single-handedly kept the state Democratic Party together during her tenure as chairwoman, and whose work touched the lives of countless others," said Howard Dean, the national Democratic chairman and a former Vermont governor.

Coffin led delegations to the party's national 1988 convention in Atlanta for Michael Dukakis and its 1992 convention in New York City for Bill Clinton. She was supporting Barack Obama this time.

"I think he's a real breath of fresh air in the way he speaks and his ability to stir up an audience and to go beyond the usual bash-Bush type of dialogue," she told Vermont Public Radio last fall.

In 2005, she received the David W. Curtis Leadership Award for dedication to the party's values.

I had the good fortune to know Vi. We will all miss her. The article didn't mention it, but she was also the sister-in-law of William Sloane Coffin.
Posted by Sorghum Crow at 10:08 AM 2 comments: