Manimals on the loose 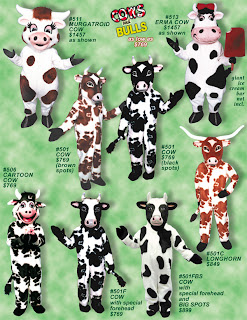 From Facemakers Incorporated (interesting site in itself)
This is an interesting article from The Times.

Experiments to create Britain’s first embryos that merge human and animal material will begin within months after a Government watchdog today approved two research teams to carry out the controversial work.

Scientists at King’s College London and the University of Newcastle-upon-Tyne will now inject human DNA into empty eggs from cows, to create embryos known as cytoplasmic hybrids that are 99.9 per cent human in genetic terms.

The experiments are intended to provide insights into diseases such as Parkinson’s and spinal muscular atrophy by producing stem cells containing genetic defects that contribute to these conditions.

These will be used as cell models for investigating new approaches to treatment and for improving understanding of how embryonic stem cells develop. They will not be used in therapy, and it is illegal to implant them into the womb.

I'm sure I could make some udderly inappropriate jokes, but I will restrain myself.
Posted by Sorghum Crow at 11:27 AM

So they're trying to cure someone's Parkinson's by making them into a cow? Ouch.

Dear god. That is truly weird and scary.

I hope that scientists never are tempted to see how far they could get them to develop....

Yeech. I am hardly a conservative and I support stem cell research, but that is a bit creepy for me.